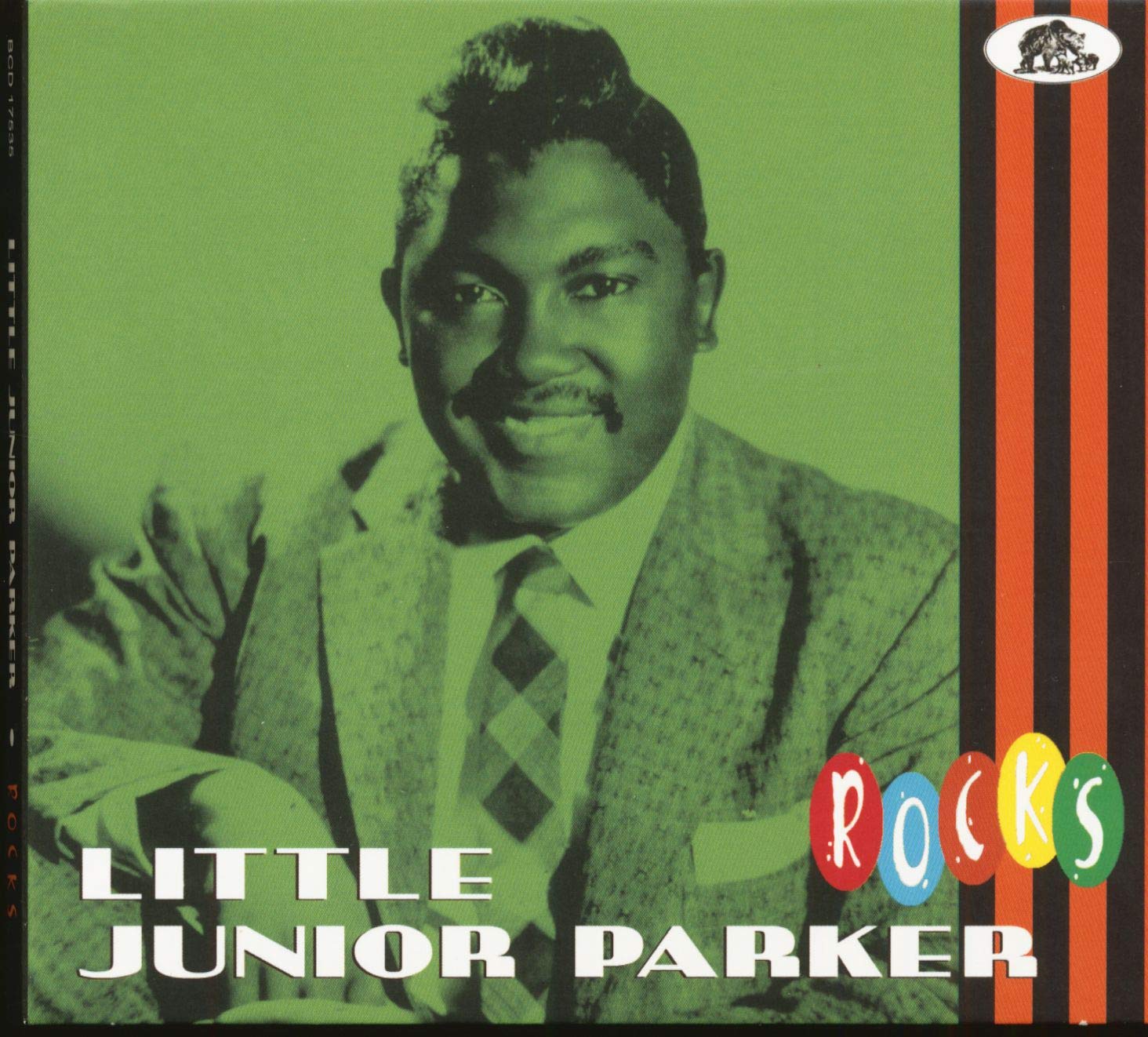 Feelin' Good, Mystery Train, and I Wanna Ramble are well known classics and inspired generations of blues and rock musicians alike. Mystery Train was only a modest hit for the 1932 born Parker. But the version produced by Sam Phillips for the young Elvis Presley made this Herman Parker composition immortal.

This compilation not only features the great early rocking numbers for the Memphis-based Sun Records company; his later recordings for Don Robey's Duke Records label in Houston also testify to what a great blues musician and cool rocker Little Junior Parker was.

Parker died of a brain tumor in a Blue Island, Illinois hospital at age 39. He left behind a bountiful blues recording legacy that stretched across nearly two decades and saw him scoring a string of hits for two of the seminal independent labels of the postwar era.

He died at 39 in 1971 from a brain tumor but Arkansas vocalist/blues-harp man Little Junior Parker left a two-decade legacy of great music for Memphis label Sun and Houston label Duke. Despite severe financial problems, he demanded his horn section go on the road with him. Influenced by Sonny Boy Williamson II (Rice Miller), he never liked the heavy amplification that Little Walter used, preferring to blow straight into his vocal microphone. He wrote and recorded ''Mystery Train'' before Elvis got his hands on it. He even had the balls to record three Beatles songs towards the end of his life. So why didn't he cash in on the late '60s blues-rock boom like most of his peers? Maybe he was a little too slick, a little too commercially soulful, ''a proud product of the chitlin' circuit,'' as Bill Dahl s insightful liner notes says. Rocks (Germany's Bear Family Productions) is all you ll ever need when it comes to Al Green's cousin (Rev. Green even dedicates ''Take Me To The River'' to him in his spoken-word intro to that mega-hit). Yeah, he rocked, alright: 31 songs in just under 80 minutes, this primer blew me away. His voice, his harp, his band, his total oeuvre, man, Little Junior Parker had it all.

Trusted to serve and protect London.

Your safety is our priority

Have you checked your home?

It only takes a few minutes to check your home and get tailored advice for your family using our simple tool.

Have your say and help us shape our services

Advice for landlords and tenants

Do you rent or let out a business or residential property? Learn about who’s responsible for what, and how to improve fire safety in rented property.

Flooding and floods can be a stressful and dangerous situation to be in. Follow our advice on how to prepare for a flood and what to do during and after a flood.

Upcoming events in your borough

Incidents in your area

Do you care for someone vulnerable?

If you care for someone who's vulnerable they may be at more risk from fire. Here's how to keep loved ones or clients safe.

Advice for carers and support workers